Would you like to build the smoothest Triumph twin possible? Then, you'll need to start with the 76-degree M.A.P. Crankshaft.

Triumph twins have always been known for creating a lot of vibration. That's because both pistons rise and fall at the same time on the standard 360-degree crankshaft. Over the years there have been multiple attempts to smooth these vibrations. Some attempted using a 180-degree crank . It is smoother than the 360, but it suffers from rotational vibration due to increased rocking couple. This is best described as plane imbalances on the Y or Z axis of the crank (basically twisting at the ends). Some crankshafts have counterweights to offset these vibrations, but these add to the weight of the engine and have limits as to how much they can help.

Legendary motorcycle and automotive racing engineer, Phil Irving believed the 76-degree crankshaft offered the best solution. According to his design theory, the 76-degree offset crankshaft allows one piston to be at top dead center while the other piston is just reaching it's maximum velocity. The 76-degree crank may not offer perfect harmonics, but when you consider the confines of the narrow Triumph crankcase, this configuration offers the smoothest possible motion of the crank and eliminates much of the vibration inherent in the stock 360-degree crankshaft of the 650 and 750cc Triumph twins.

It has been stated that a 90-degree offset crankshaft has better harmonics. This may be true, but the added offset increases the rocking couple. This was understood by Irving. Our tests confirm he was correct. Harmonics is secondary to reducing rocking couple because of the Triumph's narrow crankcase mounting width. Rocking couple creates vibrations which are harsher to the rider than those originated from harmonics. We believe overall rider comfort is paramount and we belive Phil would agree.

Be the first to review this product

Write Your Own Review

Not only do we stock 4 different 76 degree offset cams but the required ignition systems as well.

Have you realized the crank cost has been reduced to only $1650 from the original $1995 of previous vesions. However that is limited to stock on hand as material cost continually are on the rise.

By the way, have you seen our catalog? Some unique specialty goodies along with some

Shipping Estimation
You can use this section to calculate shipping costs on all available methods for the item on this page, or your entire shopping cart. 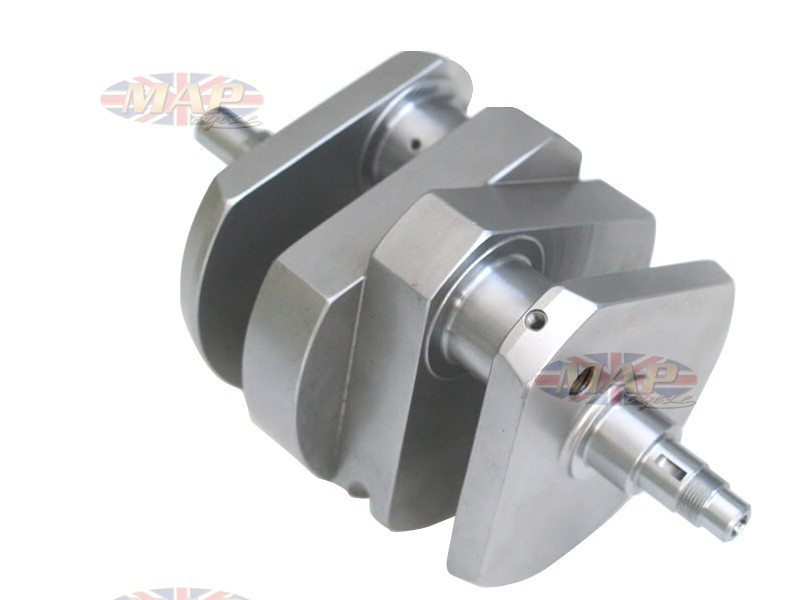 Upload images for this product

Loading...
We promise to meet or beat competitor pricing on identical, in stock products.
What do you have to lose?